‘My Sinatra’ starring Cary Hoffman, turns his celebrated PBS Special into a biographical, often hilarious, and poignant one-man musical play about his love and idolization for this hero Frank Sinatra and the perils of wanting to become somebody else.

Hoffman captivates the audience with his intimate journey of what it was like growing up fatherless with three musician uncles, who played on some of Sinatra's greatest recordings, turning Sinatra into a fantasy father. Hoffman authentically sings Sinatra "Dead On!" (The New York Times), as he weaves in over 20 classic Sinatra songs, creating a musical score about his lifelong obsession.

Join the Alabama Theatre as ‘My Sinatra’ reopens in a concert version with a big band performance. Throughout the concert you will hear all your Sinatra favorites, "My Way", "I've Got the World on a String", "Lady Is a Tramp", "Luck Be a Lady", "I've Got a Crush on You", "South of the Border", "I've Got You Under My Skin", "Fly Me to the Moon", "One for My Baby", "That's Life" & "Way You Look Tonight".

Hoffman has performed the music of Frank Sinatra in over 55 Performing Arts Centers around the World, including a performance for the President of Singapore. He is New York's premiere Sinatra interpreter. His compelling blend of vocal performance and stories led to a National PBS television special, which has aired in over 70 cities around the country and was viewed by more than 2 million people. He is the only Sinatra television special starring somebody other than Frank Sinatra himself. 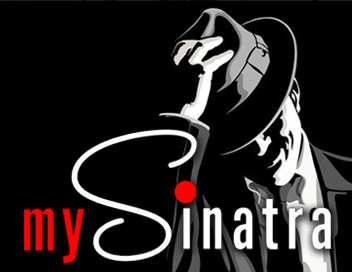