The Alabama Theatre in North Myrtle Beach, SC is excited to announce the 2021 Season of ONE The Show will premier June 10, 2021. After many months of being shut down due to covid19 they are back and ready to entertain you! Additional safety measures and enhanced cleaning protocols were introduced last year. They continue to follow CDC guidance in order to keep their patrons and employees safe.

One The Show is the ultimate variety show combining extraordinary talent, iconic production numbers, sizzling visual elements and extravagant costuming with hit songs from many musical genres. The Alabama Theatre is not just home to the World Famous One The Show. They also host unforgettable Country, Soul, and Rock music legends from every era. Check out Legends such as, the Beach Boys, the Oak Ridge Boys, Josh Turner, Easton Corbin, and Diamond Rio. As well as well-known Tribute Performers to The Beatles, the Bee Gees, Frankie Valli, and Neil Diamond.

Live entertainment has been greatly missed all over the Grand Strand and The Alabama Theatre has a lineup of many amazing shows that you will not want to miss!

Check us out on social media!

Celebrate the holidays in Myrtle Beach, South Carolina with the Alabama Theatre’s award winning production, The South’s Grandest Christmas Show. This year’s Christmas extravaganza brings an incredible combination of talent, scenery and special effects to the Grand Strand to produce a spectacular new holiday musical experience sure to put you in the holiday spirit. This featured holiday production plays six nights a week during November and December with select matinees.

Also featured in this year’s show will be our new comedic juggler Slim Chance who puts a new twist on the Christmas season. So, if you want to celebrate Christmas with an evening filled with song, dance and laughter, the Alabama Theatre is the place you want to be with your family and friends. The South’s Grandest Christmas Show truly has become a Myrtle Beach family tradition.

The Oak Ridge Boys were Newly elected to the Country Music Hall of Fame in the year 2015. With the longest history of any current act in country music.  They feature one of the most distinctive and recognizable sounds in the music industry.  Their four-part power harmonies and upbeat songs have generated dozens of Country, Pop and Gospel hits and earned them multiple Grammy’s, Doves and Country Music Awards. Come hear hits like “Elvira”, “Bobbie Sue”, “American Made”, and “Thank God For Kids!”
https://www.alabama-theatre.com/myrtle-beach-shows/oak-ridge-boys/5588

“Prepare for a night of laughs as Rich Little takes to the stage. A Las Vegas favorite having entertained many generations of people. Rich Little is no stranger to comedy. He brings with him fabulous impressions of Jimmy Stewart, Johnny Carson, Dean Martin, and more and will have you laughing the entire time. He is perfect for those wishing to get a nostalgic taste of his comedy. Rich Little has appeared on many different TV shows and movies as a voice actor. He has appeared on the ABC Comedy Tour, the Flying Nun, episodes of Green Acres, and The Nanny. Recently, he has done voice acting on Futurama and the 2013 film, Grudge Match. Whether he is performing onstage or voice acting notable characters, Rich Little is a talented and masterful act. He will delight everyone who comes to see his show!
https://www.alabama-theatre.com/myrtle-beach-shows/rich-little/5574

The Eagles founding member, the late Glenn Frey dubbed Little River Band “the best singing band in the world.” Through the ‘70’s and ‘80’s, LRB enjoyed huge chart success with multi-platinum albums and chart topping hits. Some of those include “Reminiscing,”  “Cool Change,” “Lonesome Loser,” “The Night Owls,” and “Take It Easy On Me.” Worldwide album and CD sales now top 30 million. In 1982 LRB set a record for having had Top 10 hits for 6 consecutive years! In fact, they were the very first band to achieve that remarkable plateau! According to BMI, “Reminiscing” has garnered rare status with over 5 million air plays on American radio. “Lady” is close behind with over 4 million air plays.
https://www.alabama-theatre.com/myrtle-beach-shows/little-river-band/5601

ONE The Show it’s clearly the best

The Alabama Theatre celebrates its 27th year with its NEW Production of ONE The Show. Voted again the #1 Live Entertainment Theatre by Myrtle Beach visitors and locals, and nominated for CMA Venue of the Year, the Alabama Theatre introduces ONE The Show. As ever, the Alabama Theatre adds new content to keep ONE The Show new and exciting for those who have visited us before and those who are visiting us for the first time. Produced out of Nashville, ONE The Show, has delivered another “mega hit” with this year’s new extravaganza. After an exciting opening number our emcee, newly inducted South Carolina Entertainment and Music Hall of Fame member Greg Rowles performs the Hank Williams classic country rock anthem, Born to Boogie!

In keeping with the Alabama Theatre’s commitment to performing all styles of music, married couple Jason and Christine Cox performs one of America’s greatest tunes; The Lady is a Tramp, memorably performed by none other than Frank Sinatra and Ella Fitzgerald. Showing off our band’s bluegrass chops, the song Sally Goodin will add some toe-tapping down home goodness to our show. ONE showcases some of Broadway’s most popular numbers that will entertain the young and old with our show-stopping renditions of Disney’s The Lion King, The Greatest Showman, The Beauty and the Beast, Westside Story, and newly added Aladdin!

Come celebrate the decades with us in a medley that adds several new songs to its pop rock medley this year. Sheena Easton’s Morning Train, Lady Gaga’s acclaimed Born this Way, and Taylor Swift’s huge hit Me will take this medley to a whole new level. Another fun new production number that celebrates one of the most playful and interesting eras of American music: DISCO! Utilizing the latest in video, lights and staging ONE will tap into several iconic songs from this campy era of dance and joy. Songs include Earth, Wind and Fire’s Boogie Wonderland, Peaches and Herb’s Shake Your Groove Thang, We Are Family by the Sisters Sledge and the classic disco anthem by the Village People, Y.M.C.A!

As always a crowd favorite Grant Turner, once again proves he’s one of the best comics in the business. He returns as Ricky Mokel with new jokes and antics to entertain and delight all. Ricky will certainly have audiences leaving the theatre with their sides splitting from laughter. And finally, we will celebrate our affection for Christian and gospel music with I Can Only Imagine and a salute to our Military Veterans!

The Alabama Theatre’s featured holiday production,  The South’s Grandest Christmas Show, plays six nights a week during November and December with select matinees. This Christmas production brings an incredible combination of talent and dazzling special effects for a spectacular musical experience sure to put you in the holiday spirit. The South’s Grandest Christmas Show truly has become a Myrtle Beach family tradition. 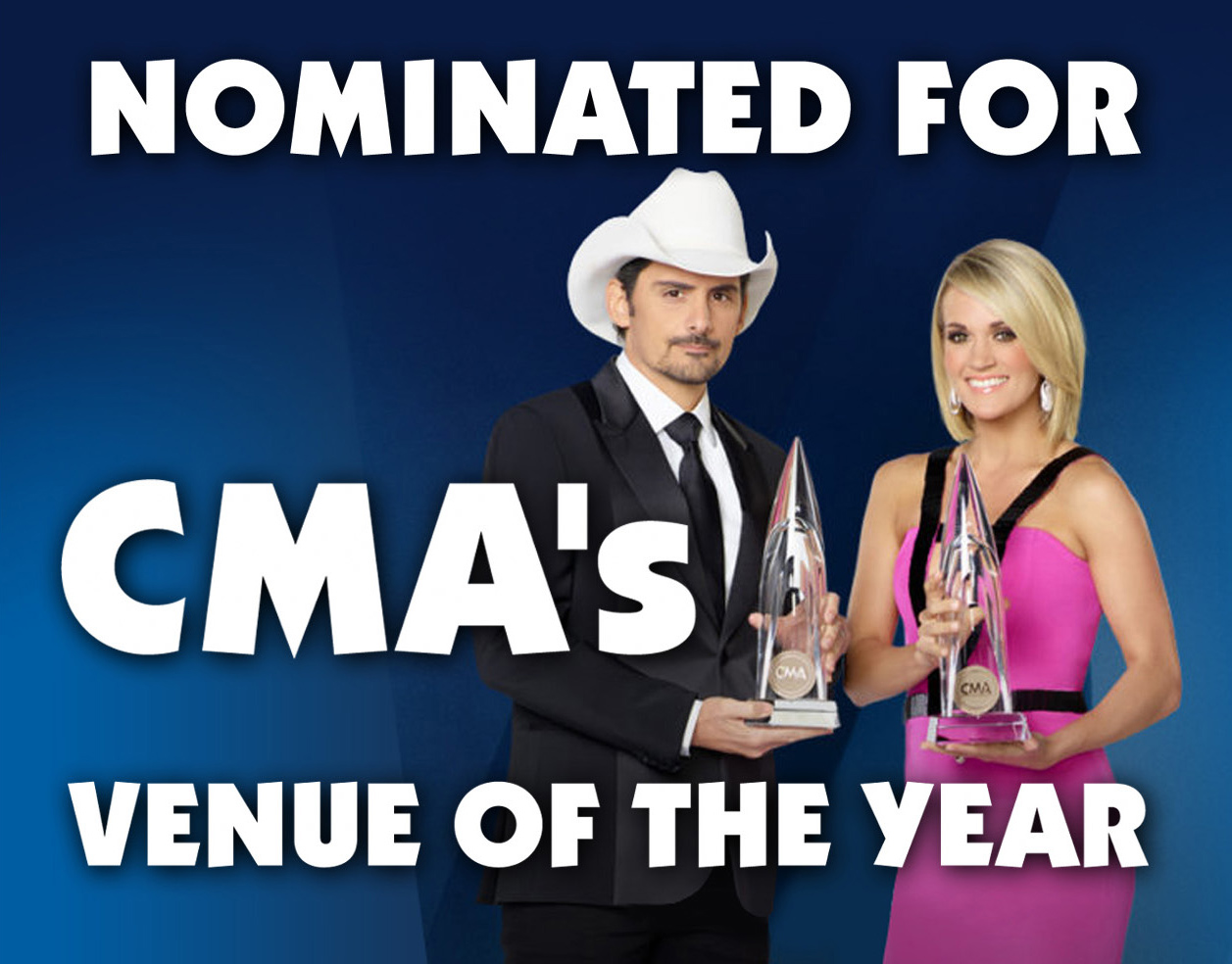 The Alabama Theatre celebrates its 26th year with its NEW Production of ONE The Show.  Voted again the #1 Live Entertainment Theatre by Myrtle Beach visitors and locals, and nominated for Country Music Association Venue of the Year, the Alabama Theatre introduces ONE The Show. ONE combines extraordinary talent, iconic production numbers, sizzling visual elements and extravagant costuming with hit songs from many exciting musical genres. Critics are saying “There’s Simply Nothing Like It!”

Produced out of Nashville, ONE The Show, has delivered another “mega hit” with this year’s new extravaganza. ONE showcases some of Broadway’s popular numbers like “Hairspray’s” You Can’t Stop the Beat opening the show with high energy to Lion King, & Westside Story. Also new for 2019 is the highly theatrical and energetic song Come Alive from the hit film The Greatest Showman depicting the spirit of the circus with colorful costumes, athletic choreography, and aerial acrobatics.

Among many of the additions to ONE The Show we will also celebrate the phenomenal career of one of the most popular iconic singing groups ever: THE FOUR SEASONS! Our cast will perform several of their greatest songs, including: Working My Way Back to You, Can’t Take My Eyes Off of You, and December 1963. Other audience favorites include a Michael Jackson Tribute, the American Songbook Salute, and the crossover hit in Christian and Pop Music I Can Only Imagine.

As always, the charm of emcee and featured vocalist Greg Rowles will make audiences feel at home while celebrating his 25th anniversary of winning Ed McMahan’s Star Search. Go back in time with Greg as he performs three of the songs that paved the way to victory for him in that inaugural season. Another crowd favorite Grant Turner, one of the funniest comedians in the country, returns as Ricky Mokel with new jokes and antics to entertain and delight all. Ricky will certainly have audiences leaving the theatre with their sides splitting.

The Alabama Theatre’s featured holiday production, The South’s Grandest Christmas Show, plays six nights a week during November and December with select matinees. This Christmas production brings an incredible combination of talent and dazzling special effects for a spectacular musical experience sure to put you in the holiday spirit. The South’s Grandest Christmas Show truly has become a Myrtle Beach family tradition.