Hotel California A Salute to the Eagles

A spirited blend of originality and the pursuit of excellence have taken Hotel California “A Salute to the Eagles” to a level of recognition normally reserved for Gold and Platinum recording artists. By respectfully and accurately reproducing the Grammy award-winning sounds of our generation's Greatest American Songbook,  this legendary Southern California group, has touched the hearts of fans all over the world. The most successful and longest-running show of its kind, Hotel California “A Salute to the Eagles”, is the ONLY show to have ever received “Official Authorization” to perform the Eagles catalog of music. So join us on a trip down a dark desert highway... Feel the cool wind in your hair ... It’s time to check into … The Hotel California 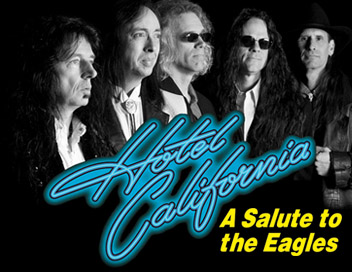