Denise Tichenor has been a professional singer/performer for over 30 years. During her years in the entertainment industry, she has been a regular lead singer for the Bobby Jones Gospel Hour on BET Television Network for 17 years. She has also been featured in the Gospel Music Encyclopedia, "Uncloudy Days" among many of the gospel greats, such as Mahalia Jackson. She has traveled the world singing both gospel and secular in places such as Italy, Spain, and Australia. Denise also continues to sing with the legendary group, Kurt Carr and the Kurt Carr Singers. - Denise just recently began her "Patti LaBelle Tribute" tour in September of 2020 and is now very excited about her Motown Tribute Show at the Alabama Theatre, where she has been regularly featured for the past 13 years in The South's Grandest Christmas Show. The Motown Show will feature many Motown Hits as well as some other Old School RnB favorites! She is bringing a talented group of friends to help her put on a great show! 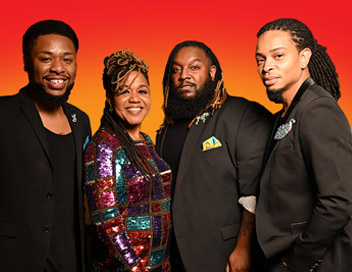